The aircraft is already known as Bazza following a national call out for nicknames.

Bonza’s second aircraft touched down at Sunshine Coast Airport this morning as the new low-cost carrier continues with its preparations for wheels up. The aircraft is already known as Bazza following a national call out for nicknames – which also led to the naming of Bonza’s first aircraft, Shazza. The very Aussie nickname gained international media attention when she arrived in August.

"We are thrilled to welcome Bazza to Bonza’s backyard – Sunshine Coast Airport. He will join Shazza as the second aircraft in our fleet,” said Carly Povey, Chief Commercial Officer at Bonza.

“With the help of our future customers and our local legend ambassadors, we’ve named our fleet with some very Aussie nicknames. The true blue names have given each plane their own personalities and our team of legends affectionately refer to the first two as Shazza and Bazza.

We’re now getting prepared to welcome our third aircraft and next week, we’ll be calling out on our social channels for Aussies to vote for their favourite name.” 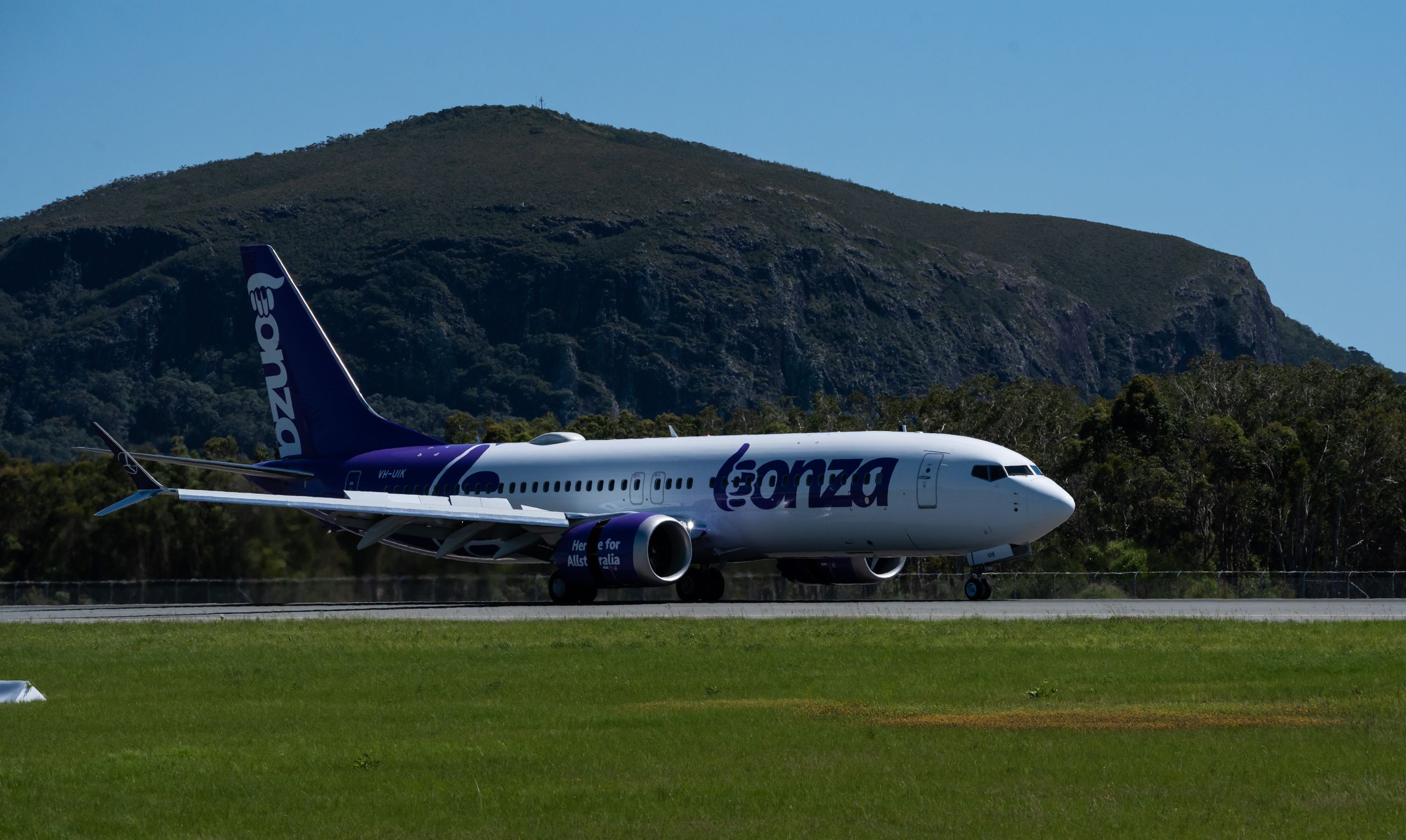 Onlookers today were excited to see another purple plane land on Australian shores.

Sunshine Coast Airport CEO Andrew Brodie echoed Povey’s sentiments: “Bonza’s second aircraft arrival is another exciting step toward flights from the low-cost carrier’s home base here at Sunshine Coast Airport, and we look forward to services commencing in the near future. “Bonza will directly connect our wider region to 13 destinations, 10 of which have never previously been serviced before, giving residents of South-East Queensland an opportunity to travel through Sunshine Coast Airport to the rest of Australia”.

For those wanting to have their say on the name of Bonza’s third aircraft, they’re encouraged to keep an eye on the airline’s social media channels from Monday.